A Guelph male faces charges after another male had a liquid believed to be peroxide thrown into his eyes.

Approximately 2:45 am Sunday the Guelph Police Service was called to the parking lot of a motel on Woodlawn Road West. Two males had been involved in an argument when one threw liquid into the other’s eyes, temporarily blinding him.

The victim was in severe pain and transported to hospital by Guelph Wellington Paramedic Service but is not believed to have sustained permanent damage.

A 31-year-old Guelph male was arrested at the scene and is charged with assault and administering a noxious substance. He will appear in a Guelph court July 5, 2022.

The Guelph Police Service is investigating after two motorcycles were stolen from a trailer at an east-end business.

Officers were called Friday morning to a business on Elizabeth Street near Victoria Road South. Staff advised a trailer parked on the property had been entered overnight and two motorcycles removed. Three males were caught on security video removing the bikes.

All three males were wearing black hoodies and dark pants and two of them were wearing white motorcycle helmets. The motorcycles were described as a green Kawasaki KLX400 and a red Honda CFR 230 with Florida license plates.

A Kitchener male faces several charges after a driver was caught Saturday going nearly twice the speed limit with twice the legal amount of alcohol in his system.

Just before 10 pm, a member of the Guelph Police Service Traffic Unit was patrolling on Wellington Street West when he observed a Hyundai accelerating to an excessive speed. As the vehicle approached the Hanlon Parkway overpass it was clocked at 117 km/h in a posted 60 km/h zone.

The driver was stopped and was found to have a strong odor of alcoholic beverage on his breath. He was arrested and transported to the police station where testing confirmed he had twice the legal limit of alcohol in his system.

A 32-year-old Kitchener male is charged with impaired driving, stunt driving and speeding. His driver’s license was immediately suspended for 90 days and his vehicle was impounded for 14 days. He will appear in a Guelph court June 7, 2022.

Police were called approximately 9:40 pm to the area of ​​Alma Street North and Willow Road, where a vehicle had collided with another vehicle parked on the road then mounted the curb and hit a second vehicle in a private driveway. All three sustained extensive damage.

The involved driver left the scene to take his dog home but was located a short time later walking back toward the collision. He was observed to have an odor of alcoholic beverage on his breath from him. Testing at the police station determined the male had nearly three times the legal limit of alcohol in his system.

A 38-year-old Guelph male is charged with impaired driving. His driver’s license was immediately suspended for 90 days and his vehicle was impounded for seven days. He will appear in a Guelph court June 7, 2022.

A Guelph male faces various charges after damaging a vehicle and attempting to assault a police officer Monday evening.

Police received several calls about an intoxicated male causing issues in the area of ​​Yorkshire Street North and Cambridge Street. He knocked over a basketball net at a home, then threatened to assault the homeowner and his family of him. The male walked away before climbing on the roof of a car and jumping up and down, causing approximately $1,000 in damage.

Police located the male in the area. He approached officers with his fists clenched and attempted to strike one officer before being taken into custody. An 18-year-old Guelph male is charged with mischief, uttering threats, assault police and public intoxication. He was held for a bail hearing Tuesday.

Saturday afternoon’s storm caused extensive damage to an Edinburgh Road South business but did not result in any reported injuries.

Approximately 12:30 pm emergency crews were called to a plaza on Edinburgh Road South near Municipal Street, where a portion of the roof was torn off and tossed into the parking lot, causing extensive damage to at least seven vehicles.

It was one of many calls across the city due to the severe storm, which took down trees and hydro lines and left many without power for several hours. A Guelph female was lucky to escape injury after a large tree fell on her car while she drove in the area of ​​Lemon Street and Ardmay Crescent.

During a one-hour period Saturday, from noon until 1 pm, the Guelph Police Service Communications branch fielded more than 120 calls; most reporting damage related to the storm.

A Guelph male had his license suspended and his vehicle impounded after he was caught driving more than 40 km/h over the speed limit.

A member of the Guelph Police Service Traffic Unit was conducting speed enforcement Monday on Watson Parkway North near Speedvale Avenue East. Just after 2 pm he clocked a black Volkswagen at 101 km/h in a posted 60 km/h zone.

A 59-year-old Guelph male is charged with speeding and stunt driving. His driver’s license was suspended for 30 days and his vehicle was impounded for 14 days. 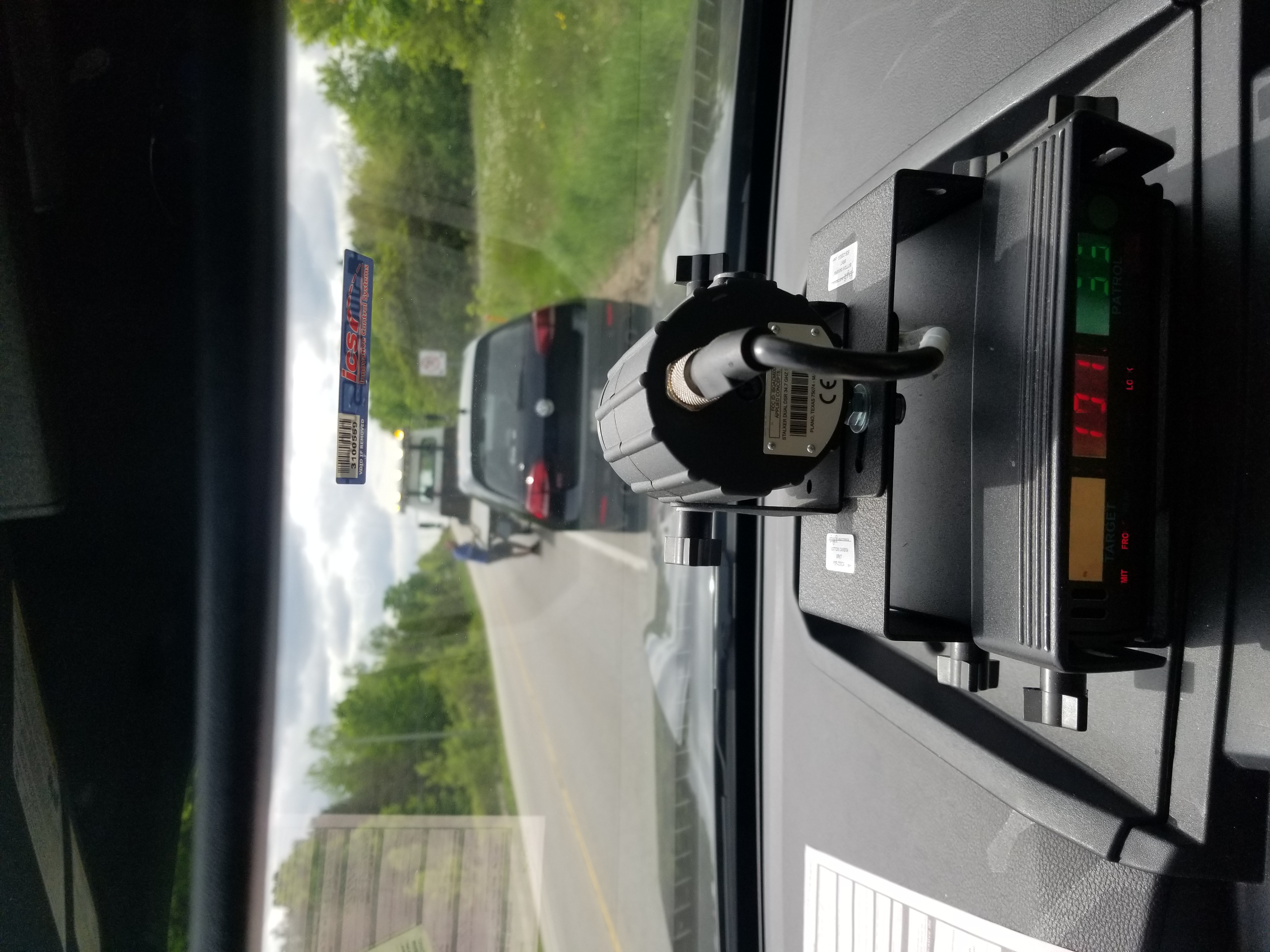